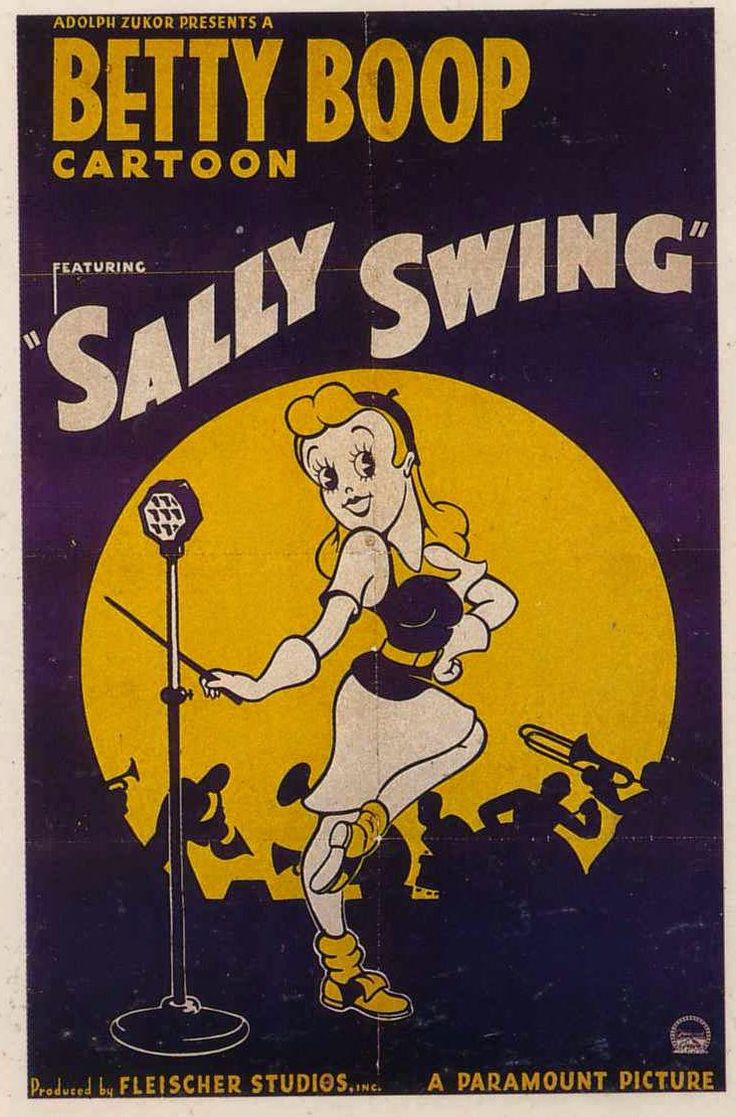 The first post of jazz on film was about Cab Calloway in a series of Betty Boop films from the Fleischer Studios.
Let's return to Betty Boop with the picture Sally Swing from 1938, that features a singing and dancing swing bandleader not unlike Ina Ray Hutton.

Through the years there were several voice-actors for the role of Betty Boop, but Margie Hines was the first Betty Boop. She appeared for the last time as Betty Boop in Sally Swing. She was also doing voice-roles in other Fleischer works. For some years she was the voice of Olive Oyl in Popeye the Sailor.
Another example comes from the Stone Age Cartoons from 1940 (pre-Flinstones!). Here she is in Let Your Hair Down, a snippet from Way Back When a Nag Was Only a Horse.


There is also some footage of the 'real' Margie singing:

The voice of the singing star and band director from Sally Swing is from actress Rose Marie Mazetta. She started her career at the very early age of three as Baby Rose Marie. She had a long career in film, theatre, radio, and tv. But let's have a clip from the jazz age: Baby Rose Marie, not even 10 years old and all pro in 1932.